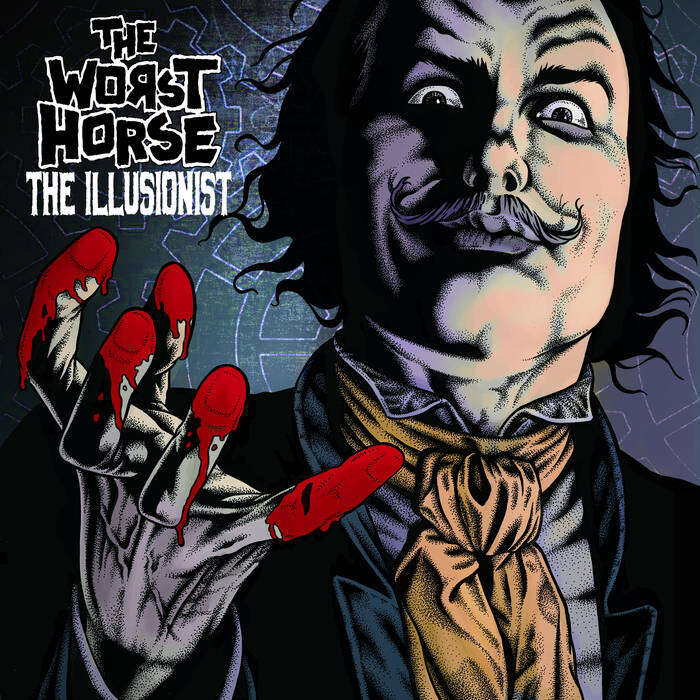 Words, music and images bond together in a three-dimensional work where one single element cannot
live without the others. This is The Illusionist. His story is told in the title track, where this character who is
destined to succumb to his inner demons will sacrifice what he holds dearest in the world, only to discover
that his fall will never stop. His allegorical figure will return in other moments along the album, just like his
opponent: the nightmare investigator himself, Dylan Dog, icon of made in Italy horror comics. He will hunt
The Illusionist down and cross roads with him in songs like Tricky Spooky. While some songs take
inspiration from pictorial art, like Blind Halley which is about The Garden Of Earthly Delights (Hell) by
Hieronymus Bosch, others dig deep inside the darkness of human soul: XIII is a song that looks through
the perverted eyes of a rapist and shows the horrors of subjugation and violence imposed over other
human beings. Overall, The Illusionist is an album that reminds us that our demons are integral part of
our being, and a work that stands up for the Last Ones, the Worst, the scapegoats of a society who
embraces evil and makes the weak pay for it.