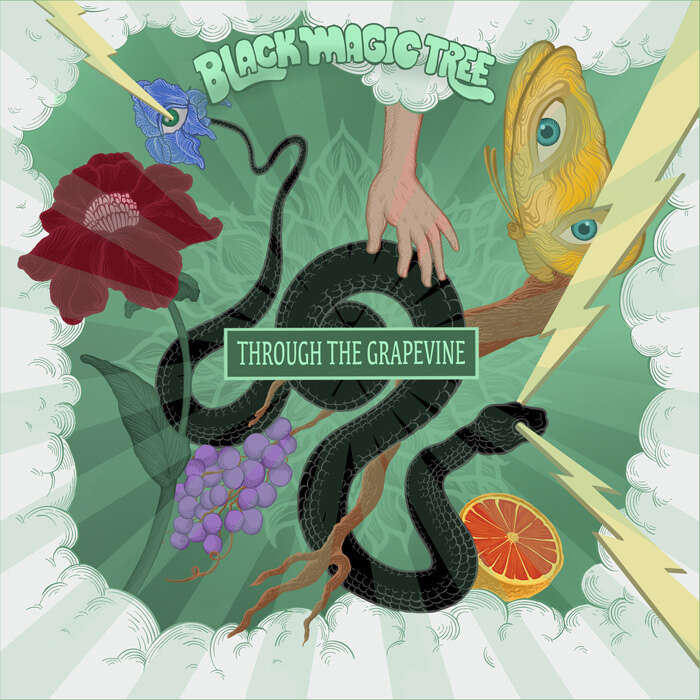 The seven slabs of rock were laid down in Big Snuff studio in late 2019 under the guidance of Richard Behrens (FOH mixer for Kadavar) and Nene Baratto, who also mixed and mastered the album.
Each track pays homage to the hard rock heyday of the 1970s, yet sidesteps the pretensions of the era, instead keeping the track lengths snappy and incorporating elements of modern heavy psych and stoner rock for a touch of unpredictability.
The result: a lithe, catchy beast of an album that only gets better as it twists, turns and grooves its way to its spectacular conclusion.
With shades of everything from CCR, Dio, Grand Funk and Lynyrd Skynyrd to early Tame Impala and King Gizzard & The Lizard Wizard, BLACK MAGIC TREE’s sound spans the decades and carries the hard rock torch firmly into the 21st century.
The psychedelic album cover art was designed by renowned Berlin-based artist Martin Meir.